How to return the money invested in the MFI if it went bankrupt?

We tell you what to do in such a situation and how to increase the chances of a refund.

In microfinance organizations, you can not only take loans, but also put money in them at interest. However, unlike deposits in banks, investments in MFIs are not protected by the deposit insurance system, therefore, in the event of the collapse of the company, it is not necessary to count on state compensation.

If you entrusted your money to an MFI and did not receive a payment on time, you need to immediately find out what the matter is.

Perhaps there was a technical error – and the transfer was simply delayed. But it is possible that the company's problems are much more serious. It may already be in the process of liquidation or bankruptcy. 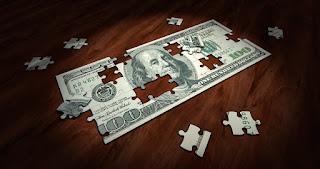 What should I do if the MFI did not pay the money on time?

First, try to contact the company itself and clarify the situation. But even if you are told that this is an accidental failure and you will receive a payment in the near future, check the MFIs in the register of microfinance organizations. It may turn out that the bank has excluded it from the register – for MFIs, this means the same thing as revoking a license for a bank.

Usually, MFOs that regularly violate laws are excluded from the state register – for example, they submit fake reports to the bank, deceive customers. Or they conduct too risky financial policy – they give money to unreliable borrowers who cannot return it. If there are too many overdue debts, MFOs have problems with payments to investors – there is not enough money for them.

What if the MFO is really excluded from the register?

You need to try to get your investment back.

In the process of bankruptcy, he will sell off all the assets of the MFI and divide the proceeds between creditors. But this procedure lasts more than one month. And it is not a fact that all the invested funds will be able to get back, and even more so with a profit.
The chances of returning the investment also depend on which MFI you invested them in.

Which MFOs can I get money back from?

There is a chance to get at least some of the money if you have signed an investment agreement with a microfinance company (IFC). These are the largest MFOs with large equity. It is he who can be sent to pay creditors in the event of liquidation and bankruptcy of the organization.

By law, only MFCs have the right to accept the savings of individuals. It is assumed that such a substantial amount will make people well assess all the risks before investing money.

But some small MFOs – micro–credit companies (MCCS) - are trying to circumvent the rules. They cannot attract private individuals' money. An exception is made only for their owners or founders. Therefore, unscrupulous MCCS use this loophole. They offer everyone who wants to buy their shares or shares in the capital a certain amount – then people become co-owners of the company and get the right to invest any amount in it.

The risk is that in case of liquidation or bankruptcy of the organization, the co-owners can count on payments in the last place. In addition, the MCC's own capital may be only a couple of million rubles, and this money will not be enough to pay all creditors. If you entrust money to such an MFI, there is practically no chance to return your investments.

What happens in the process of liquidation or bankruptcy of MFOs?

The MFI can offer investors different options for a refund. For example, to pay their investments in installments or to give only the principal amount of investments without accrued interest.

If this option suits the majority of creditors, it will be necessary to conclude a settlement agreement with the MFI. It specifies the amount that the organization undertakes to pay, as well as the terms of the refund. A company that does not fulfill these obligations can be sued.

The decision on the settlement agreement is made at the creditors' meeting. The date of its holding is determined by the liquidation commission or the manager. They also notify all creditors about it. The decision of the meeting must be approved by the arbitration court.

Creditors are not satisfied with the terms of the settlement agreement or the MFO does not offer it at all. What then?

In this case, there is only one option – the sale of property. The arbitration manager organizes the auction, and the proceeds will then be used for payments to investors.

Another source of funds for payments is loans that the company issued while it was in the registry. The company could either sell them to another lender and get money for it, or independently collect debts from its borrowers.

The law determines in what order the MFI pays its debts. If a company has to compensate someone for the harm caused to life or health, then first it will pay off these people.

Then it is obliged to pay money to investors who are not its founders or owners. Each of them can receive no more than the specified amount – and return only the amount that he invested, without interest.

In cases where the investment was larger, the remaining part can be paid only after the MFI pays off its employees.

If, after all these calculations, the company still has money left, the founders and shareholders will divide it among themselves – in proportion to their contributions to the capital of the MFO. But, as a rule, the queue does not reach the owners.

When there is not enough money to satisfy the creditors' claims of one queue, all available funds will be distributed among them in proportion to the amounts owed to them by the MFI.

After all sources of funds — the return of microloans, the sale of MFO property – are exhausted, the company is liquidated. After that, it is no longer possible to get any money from it.

Sometimes, instead of a settlement agreement, MFOs offer to "transfer" their debt to another legal entity, promising to return the money in full after that. In no case should you agree to such an offer. This is usually done in order to stall for time and confuse customers. This company may not have had the money to pay off the debt.

The MFO said that its liability was insured. So, the investment will be returned?

Not always. Some microfinance organizations claim that the money is insured in them. But often this is just a marketing ploy. MFOs may have insurance against the bankruptcy of the bank through which payments are made, or against the destruction of the office in the event of natural disasters. But such a policy will not help customers get their money back in any way if the MFI stops working.

When you signed an investment agreement with the MFI, the organization had to give you a copy of the insurance contract and the insurance rules. Check what is written in them if you haven't done it before.

Find the following information there:


This information should also be on the MFI website.

Perhaps the insurance does cover some part of the investments. Then contact the insurance company that issued the policy and specify the payment procedure. 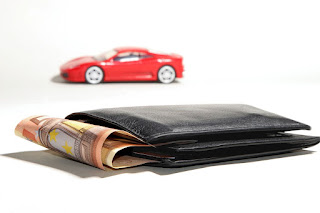 Car loan or installment plan which to prefer

A modern loan is issued according to a certain scheme, which consists of the following stages:  After the car dealership receives the initial payment (30% of the total cost of the car), the purchased car is given to the client.  The borrower's obligations are transferred to the bank, which pays the cost of the car to the car dealer.  The borrower pays the amount of the debt monthly. Installment plan or car loan? Many motorists ask themselves the question: what will be more profitable – the purchase of a car in installments or with the registration of a car loan? To get an answer, you need to have sufficient information and make some calculations. If we decide to buy a car, the loan term will be from one year to three years. The first installment is at least 30% of the total cost of the car, the monthly installment is 1/12 or 1/36 of the loan amount. Payment of compulsory insurance will also be borne by the borrower. Now you can calculate the approximate payments and expenses that t 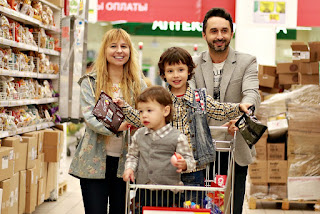 How to talk to children about money

Why is it important to talk to children about finances? The sooner you start talking about money with your child, the sooner you will bring up a reasonable attitude to finances and your budget in him. This will allow him to go through trial and error earlier and understand how to act in the future. He will learn how to plan spending and save, make financial decisions on his own, value his time and resources. Let his first financial goal be a toy — but he will buy it himself and understand how to move towards his goal. Children are more vulnerable to fraudsters. Without preparation, the child does not recognize deception, because he does not yet understand the risks and trusts everyone. It is better to discuss with the child in advance what methods of fraud he may encounter and how to act in such situations. For example, hackers have hacked a friend's page on a social network and will be asked to transfer money on his behalf. Or an SMS message came that allegedly by mistake they mad 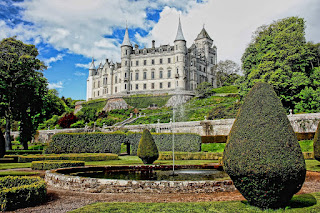 The inheritance includes not only the property, but also the debts of the deceased. That is, creditors have the right to demand their repayment from the heirs. We are figuring out which debts will have to be repaid, and which ones can be waived. By law, heirs are obliged to repay debts only within the value of the property that they inherited. Simply put, if you received an inheritance for a certain amount, this is the maximum amount of debt that you are obliged to pay for the deceased. What debts are inherited? Not all debts are inherited. For example, alimony or fines for the deceased do not need to be paid. But the rest of the debts will have to be settled if you accept the inheritance. In particular, you will need to pay:  Bank loan  A loan from a microfinance organization (MFO) or a consumer credit cooperative (CPC)  Debts on utility bills  Tax debts Moreover, it will be necessary to repay not only the principal debt, but also interest, fines and penalties that were accrued at the